Description
In 1979, just after graduating in architecture and civil engineering, Daniel Dethier was an independent architect and assistant to Professor Englebert’s Chair of Composition. His double vocation of researcher (continuing with his studies in town planning) and practitioner immediately, characterised the procedure that he continues to pursue by currently exercising a mandate at the free University of Brussel.

In 1992 he founded Dethier Architecture and he was joined by Thomas Faes, in 2010 . The company employs between 5 and 10 people who make up a team with a range of complementary skills, regularly supplemented by exterior collaborators in wider areas linked with architecture (artists, engineers, scientists ...), both in Belgium and abroad.

The methodology of the consultancy has been refined with our experience and, before any design work takes place, refers to the analysis of the request, the programme with the client and the various people involve, who are always able to make inputs to the work at regular meetings.

- Belgian Energy and Environment Awards 2011, Pre-selection for the Center of Exellence in revalidation of Esneux.
- Benelux hot-dip galvanising awards, nomination for the Footbridge of the Plate-Taille Beach, Eau d’Heure lakes. 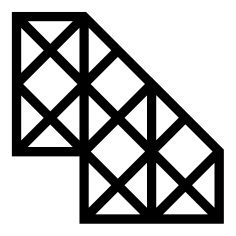