Description
Light and the city are central to the concerns of Radiance35. The professional experience of this team has been gained through successful projects in Belgium and abroad.

Light cannot be confined within the overly restrictive constraints of a sometimes narcissistic exercise in style. Rather, it is an issue of social cohesion.

Radiance35 does not, therefore, limit itself simply to designing the lighting or illumination for a site. It adds that extra something that is the hallmark of a resolutely political approach.

Its recognised town planning expertise leads it to constantly question the meaning of its approach there where the town, a space inhabited by men, women and children, weaves its social fabric.

The author many lighting master plans (The Tracé Royal (Royal Way), Uccle, Anderlecht, Liege, Port of Brussels,...) and lighting schemes (for churches, town halls, bridges, main squares, social housing schemes,...), the focus of Isabelle Corten's work has exclusively centred on lighting design since 2008. She decided to expand her practice and set up Radiance35 in 2010.

At Radiance 35, lighting design has found an ideal, fertile environment in which to flourish, one that is steeped in architectural and urban design, and one that has won renown on the Belgian and foreign scenes. 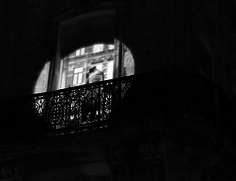