Description
CENTRAL is an architecture and urban planning office based in Brussels. CENTRAL was founded in 2015 by four partners who gained their experience respectively in Belgian and foreign offices (XDGA, BevkPerovi?, B-architects, AUC, V+). Today, Radim Louda, Paul Mouchet and Valentin Piret are together developing a practice where they explore the blurred boundaries between the different scales of the architectural discipline. The young office is experiencing a growing recognition in the field with projects characterized by a systemic approach to architecture, the city and the territory at different scales. In addition, CENTRAL is active in the cultural and academic sectors. Indeed, they have participated on several occasions in international exhibitions such as the Venice Architecture Biennale, the Biennale of Architecture and Landscape of Ile-de-France (BAP) or the International Biennale of Rotterdam (IABR). They regularly give lectures and workshops in several European universities and teach at La Cambre-Horta in Brussels and at ENSA in Versailles.

2019 - Invited for the Biennale d'Architecture et de Paysage d'Île-de-France, exhibition of the research project and publication called: "Virtuous situations of the industrial past and some ideas for the future climate metropolis".

2018 - Winner of the Héliport competition, urban and financial opportunity study of a housing block on slab, Chaussée d'Anvers in Brussels

2017 - Winner in temporary association with the V+ office of the Dilbeek Invitation Contest for the Open Oproep 32, Dom Savio nursery and elementary school

2016 - Winner of the competition by invitation for the realization of the new digital arts center of Brussels IMAL (association NP2F, CENTRAL mandatary)

2016 - Co-winner of the EUROPAN 13 open competition for the redevelopment of the Place Destrée district in Gilly, Charleroi

2015 - 2nd place in the competition for the urban design of the E. Coppéelaan in Genk in the framework of the Open Oproep 29 (collaboration 2001)
[...]
Publications
Virtuous situations from the industrial past and some ideas for the 'Climatic Metropolis' to come - Cases of Brussels ans Paris, Biennale d'Architecture et de Paysage d'Ile-de-France, APE - Art Paper Editions, 2018 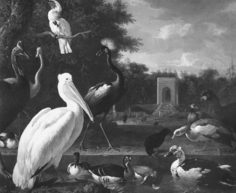